Mad About Mushrooms: Behind One Man’s Wild Obsession with Fungi

Sze Kiat is no longer surprised by the surprise of visitors to his mushroom production facility.

They express disbelief at how someone like him – with tattoos, dreadlocks, and a background in art – can cultivate mushrooms at such an expert level and master a process that involves a lot of science.

“Your background really doesn’t matter. I’m able to do this because I’m so passionate about it,” he says. “I guess I go against the grain a little. But going against the grain creates tension, and that’s when something interesting starts to happen.”

Falling in love with fungi

Sze Kiat’s work in mycological research and design weaves together his twin loves for art and nature.

“I’m a jungle boy,” he says. “Since I was young, I’ve always been fascinated by bugs and plants and the beauty of nature.” Even today, he enjoys venturing into Bukit Timah Nature Reserve and tuning in to its living surroundings – birds calling, spiders creeping, Ganoderma mushrooms (better known as lingzhi) sprouting on fallen trees.

After obtaining a degree in film and working on film sets for a while, he meandered into other artistic fields, including photography, illustration, writing, and botanical design.

His love affair with fungi took root in Istanbul. While living there for a couple of years, he bought liquid cultures and, referring to books and websites, taught himself to grow oyster and lion’s mane mushrooms.

Back in Singapore, he tried to replicate the same results but encountered failure after failure. The right materials were hard to find, as were specialists in mycology, which remains understudied here.

“There was no one growing mushrooms in Singapore. Zero,” he says. “You would think that our hot and humid climate makes it easy, but actually it just means that whatever you grow is super prone to contamination.”

But he stuck with his experiments, peeling layers apart to investigate the underlying issues, and the more he discovered about what fungi need to flourish, the deeper he fell in love.

How the business mushroomed

Bewilder began in 2019 as a series of public workshops Sze Kiat conducted at home on how to grow mushrooms, but these were shut down by the pandemic. He then took up residence in a small workspace and immersed himself in fungi research.

At the start of 2022, he participated in an otherworldly exhibition for Singapore Art Museum, led by Singaporean band The Observatory, that brought together the mediums of music and mushrooms and the ideas of composition and decomposition – manifested in the growth of mycelium on more than a dozen musical instruments.

The project garnered Bewilder significant attention, prompting Sze Kiat to seek out larger premises that could accommodate a lab, a production area, a design studio, and an event space. Out of these new facilities, his team is now producing subscription boxes for online customers and gourmet mushrooms for high-end restaurants (their first client is Flutes at the National Museum).

What’s remarkable about Bewilder’s operations is their ability to perform the entire cultivation process, from breeding in a petri dish to the final fruiting of mushrooms. “It’s a long, labour-intensive process,” Sze Kiat shares. “And our yields are phenomenal. It took us a while to get here.”

Workshops have resumed – both at schools and in their event space – to promote ecoliteracy and a greater connection with nature.

“I think the most important lesson is that we are all interconnected,” he says, noting how it was not long ago that “scientists discovered mycelial biomass beneath the forest floor connecting everything, without which there would be no life at all. Mycelial networks are symbolic of the web of life.”

Fungi are the future

In the research lab, Bewilder is exploring the many ways in which fungi could help heal our planet and create a more sustainable future, one of which is waste management.

Bewilder is also experimenting with mycomaterials – such as low-waste, cruelty-free mycoleather and styrofoam alternatives for packaging purposes – as well as mycoprotein. “We’ve developed a strain of mushroom grown on okara, so it looks a little like tempeh, but the taste and texture are closer to foie gras.”

Then there’s mycoremediation, a field that looks at using fungi to remove pollutants from soil or water. With each of these potentially gamechanging applications, Sze Kiat hopes to develop a viable commercial venture that the business will branch into – much like the hyphae of mycelium.

Given his unusual journey, Sze Kiat considers himself neither a scientist nor an artist, but a straddler of both worlds, and he values hiring staff with diverse backgrounds and perspectives. Growing mushrooms is not purely a hard science, he says, but involves a lot of instinct and gut feeling.

Mushrooms too are “in-between things”, a bridge between life and death. “For the longest time, scientists have had trouble classifying fungi because they are neither plants nor animals.

“So what exactly are they? Well, they are fungi.” 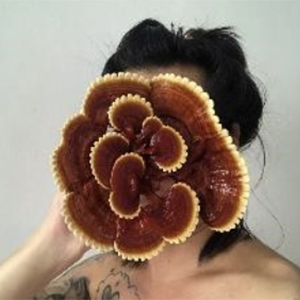 Sze Kiat is the founder of Bewilder, a mycological design studio that explores myriad applications of mushrooms for medicine, alternative materials, waste management, and more.

Connect with him here.