“Where are you from?”

22 years ago, armed only with a couple suitcases, Rebecca Bisset moved to Singapore as a ‘trailing spouse’ with her then young family in tow. She had grown up as an expat in different countries, so moving was something she was used to. As Editor in Chief of Expat Living Publications, she has now been helping other expats settle into Singapore for nearly 20 years. Read about her journey below.

Whenever someone asks where I am from, which happens a lot in Singapore, I say, “Would you like the short or the long answer?”

The short answer is I was born in Yemen where we lived at the time, grew up in different countries in southern Africa, and had a few years in London before I moved to Singapore 22 years ago.

My background is important because I have always been an expat – someone living and working in a country not of their citizenship. For me, coming to Singapore was not about leaving my home and family to go somewhere new. Moving to Singapore was about finding somewhere that was warm and friendly. England didn’t particularly feel like home and it didn’t have the social and outdoor living elements I was used to growing up.

The move here wasn’t necessarily for the money either. The salary was okay but we had not factored in the cost of housing, cars or schooling, and I realised I would definitely have to work once the children got to preschool age. We did not have any expat perks of travel, clubs or car either, which everyone else seemed to have back then.

We had chosen Singapore over the other company transfer options, USA and Brazil, because my sister was living in Indonesia then – and the fact that Singapore was a lot safer and cleaner than the other two options. My husband at the time went over first and reported back about how amazing it was. “There are bougainvilleas everywhere!” He found an old house we could afford in the East of the country, near Singapore’s Changi airport. So I packed up the house!

I flew to Singapore on my own with the kids and a few suitcases. My flight ended up going via Doha, Delhi and Colombo – I had managed to buy the cheapest and longest journey in the world! We were not a pretty sight when we arrived. I had also managed to log in the suitcase with my clothes in as unaccompanied baggage so it only arrived a few days later!

Still, we settled quickly – and took to Asian food with gusto. We also gave in to having a live-in helper after a couple of months. With two children under three years, and white tiled floors that were hard and unforgiving and needed to be cleaned every day, we decided it was necessary. But it took a while to get used to having someone in the house with us.

Once my daughters were a bit older, I started thinking about venturing into photography as a business while still being around the kids. And just then, perfect timing, a friend’s husband offered me the role of editor in his new start-up, a magazine that was going to be called Expat Living.

Lots of steep learning curves and 19 years later, I still love what we do – which, I hope, is help others make the most of their homes and lives in Singapore. We were one of the first expat websites in Singapore and expanded in to Hong Kong in 2011. We also have annual city, kids and home property guides.  In addition to published content, Expat Living organises events around diverse topics such as Christmas wreaths , jungle walks, teen angst and tips on how to get a job.  And we’ve also had a couple of great parties – I’m looking forward to our 20th party already!

Home for me is a little black-and-white semi-detached with my mini-Maltese, who I love, and my eldest daughter, who I love most of the time! My youngest daughter is living and trying to work in Australia – the ‘pandemic’ isn’t helping – and my now ex-husband lives in Canada now, which couldn’t be less similar to Singapore or Zimbabwe!

From the day I arrived here till today, what I love the most about Singapore is being able to walk around at any time of the day and night without worrying about my safety, never feeling anxious about being in my own home, or that my car might have been broken in to. I am grateful for this sense of security. When people say Singapore is too clean or sterile, I say how divine that it is. I don’t want to see streams full of plastic bottles or feel chewing gum stuck under tables at cafes.

It’s great never having to worry about taking a jacket with me, or about freezing when the sun goes down. It does get a bit chilly in some of the supermarkets and shops though! And the temperature on my evening walks with the dog… in my flip-flops, is perfect.

In a few senses, Singapore never stops changing. The changes over the 22 years have largely been good – in my opinion. The city has become more cosmopolitan in the types of people it attracts – many who are young with a sense of adventure, keen to explore and experience Asia. Restaurants and bars have moved from mainly air-conditioned hotel rooms to cool rooftop bars. At times, I have to stop and think where I am because the corner I used to turn at no longer looks the same. Roads appear as if by magic! The increase in traffic over the years is not something I love, but it’s still better than most capital cities in the world.

I’m looking forward to more changes – after the craziness of COVID-19 passes. We will have all learnt from it. And learning is always good! 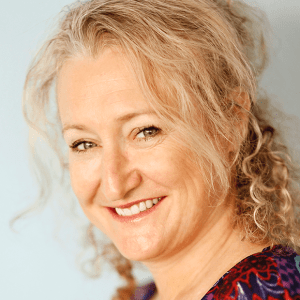 Rebecca Bisset is the Editor in Chief of Expat Living – SG and HK.  Heading up Expat Living, Rebecca’s the oldest but not necessarily the wisest of the crew! Her original career was in photography, so she sees images and colours before words. A bit of a nomad before Singapore, she loves looking at properties and all things home décor.