Noah Pepper, APAC Business Lead of Stripe, tells SGN his reasons for relocating to Singapore during the height of the COVID-19 pandemic and reveals his plans on navigating this new chapter for himself, his family, and the business.

It has been over a year since American Noah Pepper relocated to Singapore from San Francisco in February 2020 with his wife and two kids under five. Yet, he still vividly recalls what the experience of moving at the height of the COVID-19 pandemic was like for all in the family. “It was a little crazy,” remarked Noah, APAC Business Lead at Stripe, a company that builds economic infrastructure for the internet.

The family was still settling in during the Circuit Breaker period between March and June 2020 in Singapore. As global supply chain services slowed to a halt, securing deliveries for daily necessities became a challenge. Noah shares, “We’d moved here with very few physical possessions as we were planning to prioritise experiences and travel over things. Then we ended up in an almost empty apartment with two kids under five.”

“With delivery services slowing down worldwide, simple tasks like ordering a bed to be delivered became much more complicated to coordinate. Even getting a grocery delivery slot wasn’t easy.”

That said, Noah notes that overall, the moving process has been relatively smooth for the family. On a broader level, the Peppers’ shift to Singapore also marked the start of Noah’s next chapter in his career at Stripe’s APAC office.

Noah shares that his move to relocate coincided with Stripe’s larger push to deepen its roots in the APAC region’s burgeoning fintech sector. Singapore’s clear and robust regulatory environment, advanced digital infrastructure, and skilled talent pool make for an ideal launchpad for tech companies looking to establish or gain a stronger foothold in Asia. The government’s strong support initiatives have also helped create an environment where tech giants and budding start-ups can thrive.

He explains, “APAC is especially exciting for Stripe because there’s so much growth and innovation happening. At the same time, there’s also a huge amount of change and a wide diversity of payment methods and ways consumers interact with businesses.”

Being in the APAC region would also enable the company to accelerate growth in key priority — building up its Global Payments and Treasury Network (GPTN). Noah notes, “We’re building the capability for an engineer, sitting anywhere in the world, to build products that pick up, move, store, and pay out money from and to any number of points on the globe.”

Stripe’s GPTN forms the financial and technology infrastructure for online businesses to move money throughout the world in a fast, simple and seamless way; ultimately growing what the company refers to as “the GDP of the Internet.” Noah believes that such versatile tools empower entrepreneurs and established enterprises to effectively optimize their business’ financials, so they can spend more time and energy focusing on their core activity – whether that’s selling a product or service, building new business models, or reaching a global customer base.  Ultimately, this sets off a domino effect where everyone who participates in the internet economy can potentially reap benefits, too, he explains.

Noah’s strong sense of optimism is rooted in his propensity for positive-sum thinking — a notion that is popular in the areas of economics and mathematics. He muses, “Having a positive-sum mindset means believing that we, as people, can create more resources, happiness, and wealth. And the amount of prosperity we create is capped only by our ingenuity.” Another area of opportunity that Singapore offers companies like Stripe would be access to talent, which Noah believes is what empowers growth in the tech sector. Before joining Stripe, Noah spent almost four years at Twitter in various management roles across product and engineering. Earlier in his career, he also cut his teeth as a collaborative researcher working at Apple.

His professional experiences have taught Noah that the best tech talent is global. He explains, “When I moved to San Francisco (Silicon Valley), it hit me how many places around the world people were coming from and what an amazing talent magnet that little sliver of California had become. Singapore has an opportunity to become a similar magnet.”

As remote working is poised to become a new way of working, it has become increasingly challenging to create a separation between personal and professional time – a problem even more pronounced for business leaders.

Noah advises, “Have a plan — preferably one which you share with your partner. My wife and I maintain a family calendar, which helps with decision-making and ensures that family time is prioritised correctly.”

Also, hiring the right talent can make a great deal of difference in managing workloads. This has led to Stripe building a rapidly growing team of a couple of hundred people, along with several dozen engineers in Singapore in the past year. Noah says, “I set myself up for success by hiring the right team, delegating effectively, and making goals and expectations clear.” However, there’s no avoiding times when your personal and professional worlds collide as you work from home. From Noah’s point of view, he appreciates the occasions when the two worlds overlap and when they do, he usually goes with the flow.

“Before we enacted work-from-home policies due to the pandemic, I took my older daughter in when I had a few quick things to do on the weekend. Now that we’re at home, sometimes I’ll let my younger daughter sit on my lap during meetings.”

Noah’s Home Away from Home

Having been in Singapore for a little over a year, Noah and his family have gradually adjusted to new routines and rhythms in their new home.

Noah shares that the public transport system has become his preferred way of getting about Singapore.

Noah says: “I am completely in love with the trains here. I’ve always liked the idea of public transit, but this is the first city I’ve lived in where it’s been a true pleasure to use it.”

He also commends the government’s COVID taskforce for its well-articulated, accessible, and accurate updates provided through various channels of communication, like the Ministry of Health’s website. Governments worldwide are now needing to build and deploy new tech faster than ever. In Singapore, GovTech has built PaySG, a service allowing travellers to pay for swab tests and stays at quarantine facilities online, within two weeks instead of the usual period of four months – powered by Stripe’s payments infrastructure. “All of my interactions with the Singapore government have made me more optimistic about what government can be like,” he concludes.

What’s the working culture like in Singapore? Or what should you look out for before relocating here? Check out our comprehensive employment and relocation guides to prepare for your move! 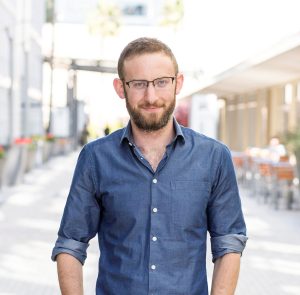 As the APAC Business Lead of Stripe, Noah moved to Singapore from the San Francisco Bay Area to expand the product line and business in the region. He held roles at Twitter in engineering and product management, and was the co-founder and CEO of Lucky Sort, a Portland-based start-up building an intuitive and powerful platform for real-time text analysis using visual analytics and machine learning. If you’re interested in the fintech sector or learning about what relocating to Singapore is like, connect with Noah here.