The Stacked Guide for Foreigners Buying Property in Singapore

Singapore private property is both literally and metaphorically a safe port in the storm. This may be one of the few countries where demand for luxury properties can climb to 11-year highs, precisely because of economic downturns.

But despite its size, Singapore’s property market is segmented, with different property types operating at their own speeds. In addition, the Singapore government is unabashedly interventionist, and has an active hand in controlling property prices. So if you’re considering a real estate investment in Singapore, here are some of the key issues you need to consider:

Foreigners can buy most commercial properties – such as offices, retail stores, or hotels – without restriction. With regard to residential properties, foreigners cannot usually buy the following:

For the most part, foreigners are restricted to private, non-landed properties, common examples being condominiums and walk-up apartments*.

*As a common point of confusion, note that many Singaporeans – including real estate professionals – sometimes also refer to apartments and condo units as “houses”.

However, there are some exceptions

The most notable exception to restrictions is Sentosa Cove. Foreigners are allowed to purchase landed properties here, without any special approval.

But for any landed property on the mainland (as described above), you’ll need to get approval from the Singapore Land Authority’s Land Dealings Approvals Unit (LDAU). Approval is based on your overall economic contribution to the country.

In addition, take note of a special “sandwiched” class of condominium called an Executive Condominium (EC). These properties count as HDB properties for their first 10 years only; after that they’re fully privatised. Foreigners are free to purchase EC units at that point.

One of the most widely advertised facts about Singapore property is the lack of capital gains tax, and inheritance tax. This is true, but there are additional stamp duties for foreigners.

Chief among these is the Additional Buyers Stamp Duty (ABSD). This is a tax of 20 per cent of the purchase price or market value of your property, whichever is higher. So if you purchase a property with a price of $2 million, and a market value of $1.8 million, the ABSD would be $400,000.

(For new properties bought directly from the developer, the sale price is taken to also be the market value).

At present, some foreign property buyers may opt for ABSD remission, depending on the status of existing Free Trade Agreements (FTAs). At the time of writing these are citizens and permanent residents of:

Purchasing the property as an entity (e.g. via a company that you set up), incurs an ABSD of 25 per cent, so this is not usually an advisable move.

While Singapore has no capital gains tax, there is a Sellers Stamp Duty (SSD) that applies within the first three years of acquiring a property. The SSD is 12 per cent if you sell the property within the first year of acquiring it, eight per cent on the second year, and four per cent on the third year. As such, Singapore is not an ideal location for investors looking to flip properties.

Recurring property taxes are the same for foreigners as for locals.

If you choose to obtain a mortgage from a local lender, take note that there are no perpetual fixed rate home loans in Singapore.

The “fixed rate loans” offered by banks typically have a fixed rate for three to five years only, after which they revert back to floating rates. A common point of confusion is the term “semi-fixed” – within a local context, this refers to a process of refinancing from one fixed loan package to another, when the fixed interest duration ends.

For Singapore banks, the maximum Loan To Value (LTV) ratio is usually 75 per cent of the property price or market value, whichever is lower (for new properties, the selling price is taken as the market value).

The LTV may be further reduced if the loan tenure exceeds 30 years, or the loan tenure plus your age would exceed 65. It can also be reduced based on the bank’s estimation of your credit, or the nature of the property you buy.

For leasehold properties, be aware that most banks will not grant loans if the lease has only 30 or fewer years remaining. Banks also don’t provide financing for properties bought on trust (e.g. properties held by a trustee for your children.)

Home loans in Singapore are usually pegged to:

For commercial properties, the Swap Offer Rate (SOR) is sometimes used; this is based on the exchange rate between the Singapore dollar and US dollar. At the time of writing, the home loan rate in Singapore averages 1.3 per cent per annum.

The most established expatriate / foreigner enclaves in Singapore are:

It’s a good idea to get a sense of which district fits you, before you begin hunting for property. For foreigners buying property in Singapore, Singapore’s districts can have very different vibes, even if they’re nearby. For example, Katong (District 15) is less dense, and has a more historical / hipster vibe, than Tampines (District 18), which is a major business hub also on the East Coast.

This article was first published here by StackedHomes. Stacked Homes is an online editorial publication which provides the latest news and analysis on property in Singapore.

Considering a move to Singapore? 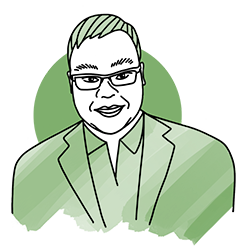 Ryan is an old school print journalist gone digital. He’s lived in almost every type of housing in Singapore, from flats to landed homes. Over the past 18 years, he’s been a content developer for companies large and small, a co-founder in an education business, and sometimes a voice on the radio. He also spends too much time and money on painting little plastic soldiers.