Princeton undergraduate Weilyn Chong tells us about her podcasting startup The Entrepre女ers Network and how she ended up on Nasdaq’s Times Square billboard.

Moving around as a child – between Singapore, Hong Kong and the Netherlands – complicated the idea of home for Weilyn, but the global exposure had its upside too.

“It has definitely given me a broader worldview, being immersed in many different cultures and learning how to hold myself in different social situations,” she says.

Wherever Weilyn’s family moved to, they would often attend Singapore Global Network events, be it the annual Lunar New Year banquet in the Netherlands – through which she learned about red packets and other festive traditions – or National Day gatherings in Hong Kong, where her parents are still based.

Weilyn’s mother made sure that she and her sister maintained strong ties with Singapore, making annual trips back to visit their grandparents, spend time with relatives, and eat the food they missed. “Singaporean food is my favorite,” she enthuses. “Durian, chili crab, all of that good stuff.”

“So much of what I associate home with is Singapore,” she adds. “And so even though I haven’t lived there for a long time, I am very proud to be Singaporean and connected back home.”

Podcasts: a platform for storytelling

Currently a Year 3 economics student at Princeton University, Weilyn says it’s inspiring to be surrounded by people who are passionate about all sorts of subjects and causes – be it space, communities, or the environment.

In her freshman year, she took a class on failure called The Other ‘F’ Word and had to embark on a project that she would likely fail at. She chose to start a podcast about women entrepreneurs, a topic that she had started reading about.

To her delight, the project took off and intrigued her so much that she turned it into a full-fledged extracurricular pursuit. She brought on board her high school friend Ali Debow and co-founded The Entrepre女ers Network – 女 (nu) being the Chinese character for female – creating more podcasts on topics like design, young changemakers, and Gen Z female founders.

Through this venture, Weilyn aims to raise the profile of female entrepreneurs and create opportunities for them to connect. “We hope to get young girls to dream of being an entrepreneur and understand that entrepreneurship doesn’t have to look a certain way.” Within a year, her team has spoken with over 130 founders and grown their listenership and social media reach to 30,000.

On the power of podcasts, she remarks, “It’s a really intimate format. Essentially the audience gets to sit in on a conversation and respond with their own thoughts along the way.” She says it is an ideal storytelling platform for giving space to minority stories and allowing listeners to dig into the full breadth and depth of a guest’s thinking.

The inequities of venture capital

In the summer of 2021, Weilyn attended a conference organised by the Nasdaq Entrepreneurial Center (NEC) on tackling the complex problem of inequity in venture for entrepreneurs of colour and women entrepreneurs.

There, she met people from the Center and expressed her interest to get involved in the work they do in any capacity. Before she knew it, she was invited to become a board member at NEC, to provide a Gen Z perspective and focus on young entrepreneurship.

Weilyn recalls the introductory Zoom. “There were high-level people from big banks and tech companies offering their networks. Then it was my turn, and I was like, ‘Hey, I’m still in university.’” Despite her inexperience, she says the board has been very welcoming and genuinely values her views and advice on younger entrepreneurs.

Drawing on her experience in podcasting, Weilyn then launched The Venture Equity Project Podcast, where she interviews entrepreneurs of colour. The series has been renewed for Season 2. “Season 1 was such an eye-opener,” she shares. “It deepened my understanding of bias training, of the lingo in venture capital, of what it means to be a woman entrepreneur or an entrepreneur of colour.”

A couple of weeks after the podcast’s launch, Weilyn received a seemingly unremarkable message on Slack asking for her headshot.

“They asked if I wanted to be a part of this billboard to celebrate the one-year anniversary of The Venture Equity Project. It was crazy,” she recalls.

Word – and a photo – of the Nasdaq Tower billboard in Times Square bearing Weilyn’s image quickly spread. “When it circulated a little bit within the overseas Singaporean community, it was really cool to see a lot of young Singaporeans get excited about entrepreneurs and entrepreneurship.”

Although her work with founders is largely centred in the US, Weilyn recognises the importance of entrepreneurship in Southeast Asia. “Culturally, careers are still very linear and set in stone from a young age,” she says, “so the support of entrepreneurship and innovation helps open up less linear paths, more creative endeavours, and allows more people to thrive in the economy.”

Looking ahead, Weilyn hopes not only to keep supporting other founders but also to continue forging her path in entrepreneurship. She’s particularly fascinated by Diana Tsai’s concept or observation of “good unicorns” – billion-dollar companies that do good for the planet and for humanity.

“I grew up thinking those two things are mutually exclusive – either you do charity work or you make money. But what we’re seeing is that you can raise a lot of money and make a positive impact on the world.” 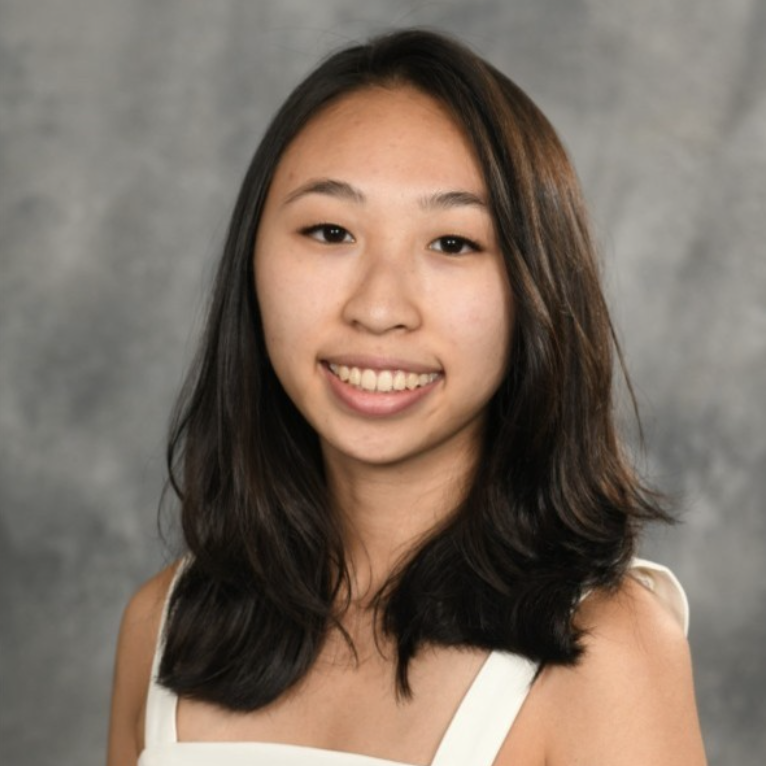 Weilyn is a board member of the Nasdaq Entrepreneurial Center, the creator of The Venture Equity Project Podcast, and a co-founder of The Entrepre女ers Network, a podcasting startup that connects and raises awareness of female entrepreneurs. She is currently pursuing a degree in economics at Princeton University.

Connect with her here.